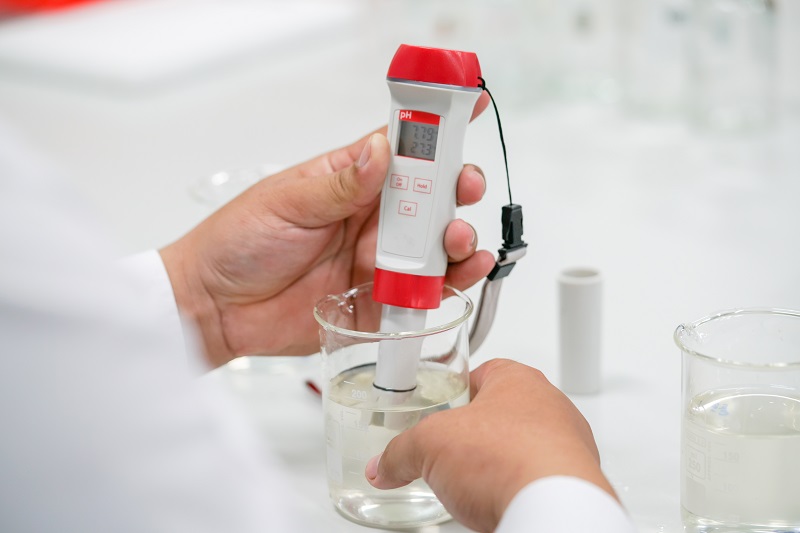 Soils are considered to be highly alkaline when their pH is greater than 7.5 on the pH table. Soils become alkaline for a variety of reasons. They may be located on very dry or arid lands with extremely reduced or scarce rainfall. The alkalinity might be caused by the nature of the soil itself, or on account of receiving water that contains highly alkaline substances.

What are the principal problems posed by these soils?

Raising a soil’s pH is relatively simple. It can be achieved through the method known as liming, that is, the addition of lime. The opposite process, however, acidification, which consists of lowering pH levels, is somewhat more complex and costly. One must thus work to find the best method for managing alkaline soils.

The principal effect of reducing soil pH levels is that it creates appropriate conditions for plants to absorb the nutrients and minerals needed for their growth and development. In economic terms, these changes can also lead to savings on fertilizers and to increased production.

Some of the most effective procedures for lowering soil pH levels are that of using aluminum sulfate combined with organic matter, or ceasing to use fertilizers that increase alkalinity levels.

According to studies and fieldwork conducted on methods for managing alkaline soils, the following 6 methods are the most effective ones, since they have been proven for years around the world on many land types.

The six infallible methods for managing alkaline soils are:

There are many available types of organic matter, and it is worth using as many as can be incorporated. Nonetheless, it should be noted that the strongest and most effective ones are compost, dry manure, and acidic barks such as pine bark, humic and fulvic acids, which are highly acidifying.

This method takes time. The organic matter must first decompose and the entire chemical process resulting from such decomposition must then be completed. It is thus considered to be a long-term alternative. If sustained over time, it is quite effective, provided that it is used in combination with other more immediately acting procedures.

On the other hand, it is important to remember that organic matter is not only extremely useful for lowering pH, but is also an excellent ally for improving soil drainage and aeration, which is fundamental for good crops.

This method is very quick if you don’t want to wait for the effects of the organic matter’s decomposition. The incorporation of aluminum sulfate can be quite helpful, since its rapid acidifying effect has been highly demonstrated. In fact, it starts to work just a few hours after being dissolved and placed on the soil.

This is considered to be the best method for urgently needed acidification. Aluminum sulfate has thus become a product in high demand in gardening, since it immediately solves the problem, reducing pH levels in a few days.

It is important to determine how much aluminum sulfate to apply, since that depends upon several different factors, including the soil’s original pH and the plot’s dimensions. According to certain standardized suggestions, for each 500 grams of aluminum sulfate per square meter of land it is possible to get one point lower on the pH scale. But each soil has its own, very particular characteristics that are worth getting to know, since an excess of aluminum sulfate might harm the crops. It is thus recommended to employ precise measurement mechanisms prior to applying the product.

Compared to aluminum sulfate, sulfur is much less expensive and stronger (in terms of the quantities needed). Yet it is also slower acting, because sulfur needs to be metabolized by the soil’s bacterial micro-organisms in order to be transformed into sulfuric acid, and that process takes time. Depending upon the soil’s moisture levels, the abundance of the bacterial population, and the temperature, sulfur might take a few months to have a significant effect.

As mentioned above, in comparison to aluminum sulfate, only small amounts of sulfur are generally needed to produce the same pH change in the soil. As a general rule, it takes 90 grams of sulfur to attain a one-point decrease on the pH scale for each square meter of land. It is best, however, to have precise measurements that take the soil’s particular conditions into account.

Just like with aluminum sulfate and sulfur, when urea with sulfur is added, a chemical is activated that increases the soil’s acidity in the mid or long term, thus significantly lowering pH levels. Urea, in-and-of-itself, is a product whose action is quite rapid. Results can be expected in a few weeks following its application, after it is incorporated into the soil.

Sulfur-coated urea is a commonly found fertilizer. This helps facilitate using it with a dual purpose: as a soil nutrient, and in order to decrease acidity.

It is of the utmost importance to note, however, that urea and sulfur content vary from one fertilizer to another, which should be especially borne in mind. It is highly recommended to carefully read the instructions on required dosing, depending upon the soil’s type and pH levels.

Organic matter, aluminum sulfate, sulfur, and urea with sulfur are not the only way to lower soil pH. Other additives and substances can be of considerable help in raising acidity levels. Many of these substances are present in fertilizers and soil improvers and can also be found separately. Their applications vary, as do the quantities to be used and the time it takes for them to act. Thus, it is extremely important to consult the instructions before applying a solution, to make sure that the right amount is being used.

These substances are generally used as a diluted solution incorporated into irrigation water. However, since they are chemicals, their handling requires trained personnel. With respect to product levels, what is most recommended is that the plot be prepared prior to planting in order to create suitable conditions, with optimal pH levels, depending upon the levels needed for the particular crop, and upon the plot’s geographic location.

Some of the most common additives for managing alkaline soils are:

Another method that greatly helps increase soil pH is to grow alkaline tolerant plants, since they develop well in alkaline or basic soils. These plants have been demonstrated as contributing to gradually and naturally lowering hydrogen levels. As they grow, develop to maturity and decompose, the organic matter that returns to the soil promotes the creation of microbial and bacterial populations, and in that way gradually raises acidity levels.

This process is similar to that of incorporating organic matter, but is an even slower process, because the plants first need to grow, in order to gradually deposit the organic matter in the soil. It nonetheless is a method used in many places, due to its long-term effectiveness, and because it sustainably reduces pH levels, for proper management of alkaline soils.

Among the species of these alkaline tolerant plants that can be grown (depending upon the type of crop, of course) are:

These are the six methods proven to be the most effective for managing alkaline soils. Implementation of these methods can be adjusted to many terrain types with problems of high alkalinity, regardless of their location, and to many crop types sought to be cultivated.

In conclusion, we would note that prior to proposing a method for lowering pH in the soil, you should familiarize yourself well with the land that you will be working, its characteristics and optimal levels of alkalinity, as a function of geographic and environmental conditions, as well as the type of crop you intend to grow.

It is indispensable to take pH measurements on an ongoing, routine basis for the management of alkaline soils, since that is the only way to control corrective methods, their frequency, and their combinations. The ideal approach is to take monthly measurements with professional measurement instruments, and keep a historic reference log.

It is of the utmost importance, at all costs, to avoid the use of fertilizers that have an alkaline action, rich in sodium, calcium, phosphorus, or magnesium, since their effect in the soil is the opposite of what is sought; rather than lower the pH, they increase it.

Soil Factory Lab is unquestionably the most expeditious and competitive agricultural soil analysis laboratory in the market at an international level. Our turnaround times and top-quality results make this laboratory the perfect, most useful tool that agricultural growers throughout the world can apply to any crop.