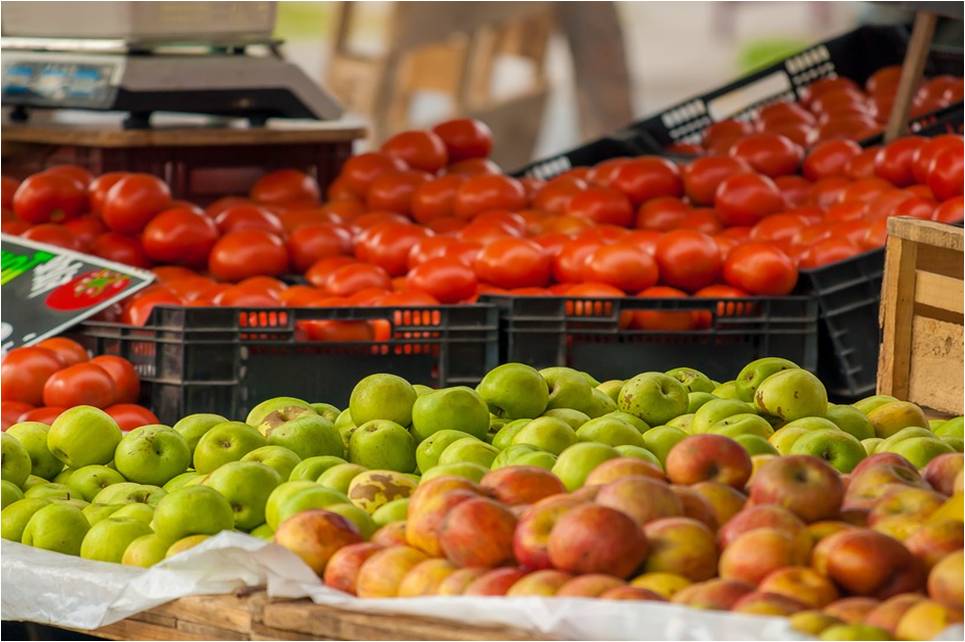 It is well known that post-harvest is a key period with a direct influence on the quality and appearance with which fruits and vegetables reach their point of sale. Even if we have done a superb job in the field, if the product does not successfully endure the period between harvest and sale, we will have failed.

Several factors have a bearing in this process. One factor with a major role is tissue calcium content. Calcium’s structural function is directly related to plant tissue stability and thus to the product’s post-harvest behavior (rotting, brown spots, loss of consistency, etc.), as well as its probability of being affected by pre-harvest damage (creasing in citrus fruit, cracking in stone fruits, bitter pit in apples, etc.).

Historically, it has been difficult to correlate structural damage in fruits (pre- or post-harvest) to total calcium content of the tissue. Now, a number of scientific studies have demonstrated a direct relationship between the cell wall calcium fraction in the form of calcium pectates, on the one hand, and structural behavior of the tissue on the other. This makes wall cell calcium a powerful, innovative tool for diagnosing alterations in the quality of fruits and vegetables. 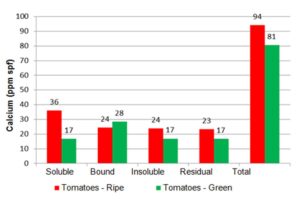 Up until now, the majority of the tests conducted have estimated cell wall calcium indirectly, as the difference between total calcium and soluble calcium. Such a procedure is inexact; it overestimates the bound fraction by adding the insoluble and residual fractions, which are sometimes greater than the bound fraction. Thus, three years ago, the R&D Department of the Agronomic area of AGQ Labs started working on designing a specific method for analysis of both cell wall calcium and total calcium, with detection limits lower than those used on the leaf. This testing has been conducted in parallelat our laboratories in Spain and Chile. We have studied the evolution of calcium fractions throughout the ripening period of the fruits (e.g. tomatoes), comparing fruits that do and do not experience specific alterations (e.g. bitter pit in apples or cracking in peaches). We have also conducted tests on blueberries and avocados.

This method has been fine-tuned by our laboratories, by conducting specific extractions, so that, using plasma emission spectrophotometry (ICP) the various calcium fractions can be analyzed. After many months of work and testing, we can state that the analysisis validated.

There is still much work to be done, such as referencing optimal levels of cell wall calcium in the different fruits in order to prevent specific alterations and increase the range of validated matrices (already validated: tomatoes, peaches, apples, avocados, and blueberries, and in the process of validation: strawberries, raspberries, citrus fruits, cherries, and grapes).

As a result of these tests, we can conclude that cell wall calcium is a diagnostic tool for evaluating quality parameters related to the appearance and market life of the product. We have also seen that, in certain matrices,total calcium, with quantification limits adapted to the fruit, is also a very reliable marker for assessing a number of concrete alterations.

If you would like more information or are interested in conducting a cell wall calcium analysis, feel free to contact any member of our Agronomy team at AGQ Labs USA.