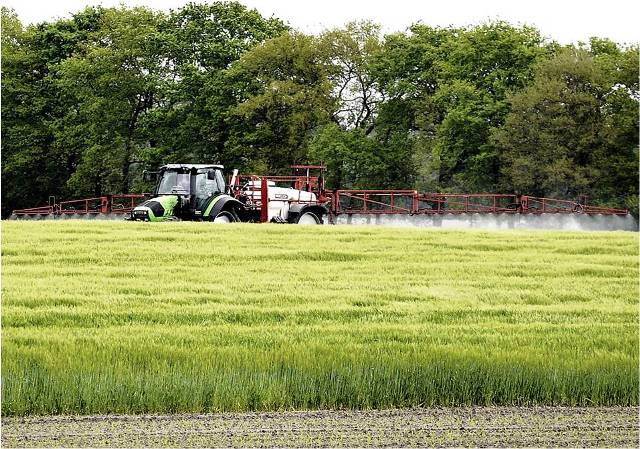 Glyphosate, the world’s most commonly used pesticide is still under intense debate due to its consequences for human health and environmental impact

Without a doubt, glyphosate is currently the one most raised and controversial active ingredients around the globe. This should come as no surprise, considering that it is the herbicide most used around the planet. Monsanto patented the molecule named Glyphosate (N-(phosphonomethyl)glycine, C3H8NO5P, CAS 1071-83-6) in the 1970s, and started marketing it worldwide in 1974 with the name Roundup®. Its patent expired in the year 2000, and today one can find a large number of products on the market whose formulations include this active ingredient. Glyphosate’s principal use is as a broad-spectrum herbicide for eliminating weeds and shrubs but this is not its only application; it is also used, for example, as a sugarcane ripener.

The consequences for human health and environmental impact caused by glyphosate have been the subject of major debate. But how much glyphosate is actually applied? According to a study published in 2016 by the journal Environmental Sciences Europe, since its introduction 1.8 million tons have been applied in the United States and 9.4 million tons worldwide. For comparison, that is equivalent to the amount of water in 2,300 Olympic-sized swimming pools. Up until the 1990s, its application was more or less controlled, but Monsanto’s launching of genetically modified varieties of glyphosate-resistant soy beans and corn made its use grow exponentially. For example, in the USA, 5.5 million liters were applied in 1987; at present some 150 million liters are applied each year. In countries such as Colombia or Peru, glyphosate has also been used in massive quantities to eradicate cannabis plantations. Another factor contributing to its increase is its residential use ingardens as of the mid 1990s.

The European Commission renewed glyphosate’s use permit in June of last year for 18 months, which means that it will remain authorized until December 31, 2017, or until 4 months from now. At that point, the commission will have to decide whether to extend the authorization further. In March of this year, the European Chemicals Agency (ECHA) reported that it had not found scientific evidence that glyphosate is a carcinogen or can cause significant problems for human health. This runs counter to the opinion of the World Health Organization (WHO), whose International Agency for Research on Cancer classified this product as “probably carcinogenic.” Other studies have also indicated that glyphosate can have repercussions as an endocrine disruptor by interfering with the correct functionality of certain hormones. What does Monsanto say? Actually, for years it has been maintaining that “Glyphosate safety is supported by one of the most extensive human health, crop residue and environmental databases ever compiled on a pesticide product,” as a company spokes person recently stated. As that data base is not currently public, we were unable to corroborate that assertion.

In the United States, the EPA categorizes glyphosate as a product that is “slightly toxic” for humans and birds and “practically nontoxic to fish, aquatic invertebrates and honeybees.” Currently, glyphosate is undergoing a reevaluation, together with other active ingredients. The EPA’s classification was made by solely studying possible carcinogenic levels and not alterations of the endocrine system.

Despite this EPA classification at the federal level, the State of California, based on a recommendation from the California EPA, has listed glyphosate as a carcinogen under Prop65, the Safe Drinking Water and Toxic Enforcement Act of 1986. The law is intended to ensure that the water supply is not contaminated with chemicals that the State of California recognizes as causing cancer, birth defects or other reproductive harm. In addition, Prop 65 requires companies to provide a warning to anyone who would be exposed to those chemicals during the company’s activities.

Like all regulated pesticides, glyphosate is subject to maximum residue limits (MRL’s). In the United States these limits range from0.1 mg/kg in certain seeds to 0.2 mg/kg in most fruits (strawberries, avocados, apples, grapes, etc.) and up to 20 or 30 mg/kg in certain grains. In the European Union the MRL’s are similar, although some fruits such as table grapes have a higher tolerance (up to 0.5 mg/kg). Considering that many pesticides are subject to a limit of 0.01 mg/kg, it can be stated that the limit for glyphosate established by the various legislations is quite a bit higher than that of many other active ingredients. This does not necessarily mean that the limit for this herbicide is more permissive than that of other compounds. Indeed, one would suppose that this variance is the result of toxicological and ecotoxicological impact studies, and it should be considered that there are pesticides with limits of up to 20 or 30 parts by million. In the end, the harmful effect of a pesticide will depend on its toxic properties and on the dose at which it is applied. In the words of the famous Swiss alchemist and physician Paracelso, “everything is poison and nothing is poison, the difference lies in the dose.”

Besides glyphosate’s possible effect on human health, it has an environmental impact to soil and water. In soils, this compound’s degradation depends upon the environment; it could be biotic (microbial) or abiotic (photo degradation or chemical degradation). The period of degradation ranges from 50 to 280 days, depending upon temperature and the pH of the soil. In soils with intense microbial and microfauna activity it has also been proven to degrade in a few days. Nonetheless, the metabolite of glyphosate (AMPA) can persist for up to 950 days. In formation regarding the movement and persistence of glyphosate in soils is highly varied. According to the EPA, when glyphosate reaches the soil it is strongly adsorbed, even in soils with a low content of clay and organic matter. So even though glyphosate is highly soluble in water, it is considered to be immobile or almost immobile; it remains in the upper layers of the soil with little probability of percolation and low potential for runoff.

With respect to its impact in water, glyphosate can reach the aquatic ecosystem by accidental overspray, drift or surface runoff. Glyphosate has high solubility in water (12 grams/liter at 25º C), yet its persistence appears to be less in water than in soils. All studies conducted agree that this persistence ranges from 12 to 60 days. Nonetheless, it is quite easy to find water sources with levels in excess of what is established in the various legislations. Here again, there are variations. For example, in USA the limit is 0.7 parts per million, while in Canada it is 0.28 and in Spain 0.01. It is easy to see that the differences are extremely significant.

Lastly, it should be mentioned that numerous studies are being conducted around the world on glyphosate’s possible effect on populations of butterflies and bees. Other lines of active research are also underway, such as correlations with gluten sensitivity.

AGQ Labs has been analyzing the active ingredient glyphosate for years, both in foods and in drinking water. The technique utilized is Liquid Chromatography Tandem-Mass Spectrometry (LC-MS-MS), which is unquestionably today’s state-of-the-art instrumentation for this type of analysis.

A study conducted over the past two years revealed the following results: in foods, in the United States, 40% of the samples analyzed tested positive for Glyphosate, but only 1.18% surpassed the limit set by U.S. law. In Europe, of the thousands of samples analyzed in our laboratory in Spain, 15% have tested positive, but only 1.87% exceeded the limits set by European law.

As one can see, though we have observed more positive results in our US testing, the percentage of samples surpassing the limit legal was very similar to our testing in Europe. The product for which the highest concentrations of glyphosate have been found is honey.

In the case of water, only 7.7% of the samples analyzed in Spain tested positive.

In summary, rigorous scientific studies need to continue being conducted regarding the product’s actual danger. Yet given the low percentage of samples whose residues of glyphosate exceed the established limits, we can conclude that its application in the field is in keeping with the recommendations for the dose to be applied, and that as a general rule the safety precautions as established by regulatory agencies are being respected.

It should be clarified that most of the food samples analyzed by AGQ Labs are fruits and fresh vegetables. We know for a fact that in samples of grains (wheat, corn, soy beans, etc.) and sugar cane, the presence of glyphosate is much greater, given its massive useon those crops, especially in their genetically modified analog.