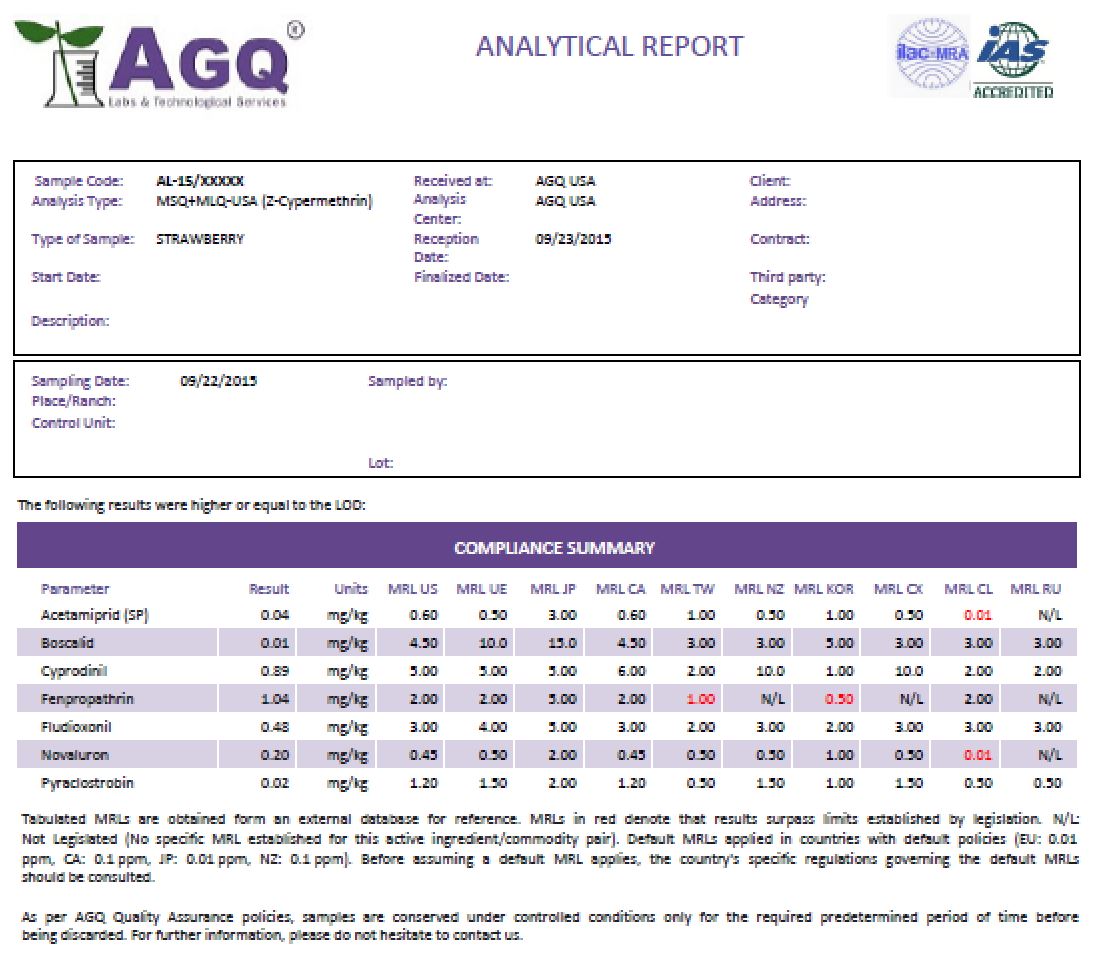 Maximum residue limits MRLs for up to 10 markets

AGQ Labs can report the maximum residue limits for up to 10 markets when a pesticide is detected in a sample. We have recently completed changing our database of MRLs to be directly linked with Global MRL a service of Bryant Christie Inc. Having the most accurate MRL information is imperative to our customers that ship to markets with complex deferral policies such as South Korea.

This move demonstrates AGQ Lab’s commitment to continually improve the services we provide our customers.   While this move makes the MRLs we report more accurate, the maximum residue limits are intended to be an initial reference source only.

Default maximum residue limits: An established value that a market uses when there is no MRL established. For example, New Zealand has a default MRL of 0.1 ppm while the United States does not have a default MRL.

For further information pesticide residue analysis do not hesitate to contact our Food Safety team.