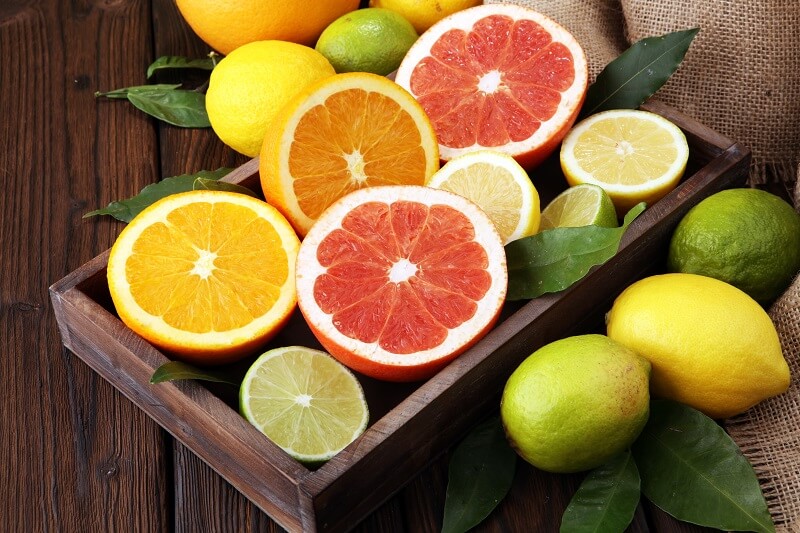 Nutritional Disorders in Citrus can be the result of two problems: the soil is poor in minerals or the elements cannot be assimilated by the plant

A crop’s deficiency of a mineral element can be the result of two basic problems: first, if the soil is poor in the element in question; and second, if, despite its presence in the soil, the element cannot be assimilated by the plant, either due to an inadequate pH or due to antagonisms among elements.

Fertilization of commercial crops nowadays cannot be properly planned without an analysis through which the grower gains awareness of the soil’s status (soil analysis) and the soil fertility’s repercussions on the plant (plant analysis). Nonetheless, a visual diagnosis in the field is quite valuable as a tool for technicians and farmers to detect any possible nutritional anomaly.

Nitrogen is the most important element. It influences growth, flowering, yields, and the quality of the crop.

A deficiency produces generalized yellowing of leaves, most accentuated in the nerves. Symptoms start in the oldest leaves, most intensely in those closest to the fruits. The leaves are fewer in number and smaller in size than normal. The tree displays a lack of vigor, while the fruits are smaller and have a thin rind. When there is an excess of nitrogen, the rind becomes excessively thick and the physiological alteration known as creasing appears, in which the fruit displays certain characteristic bulges. In addition, the plant is excessively vigorous, and becomes more vulnerable to attacks by certain parasites.

An insufficiency of phosphorus is a rare occurrence and is difficult to detect.

Insufficient phosphorus causes the older leaves to become faded in color, lose their characteristic shine, and become smaller in size. There is less flowering and less juice in the fruits, whose rinds become extremely thick and whose segments separate easily.

A potassium deficiency tends to be seen almost exclusively in soils that have a sandy texture or a high lime content. The symptoms are not very specific.

It is necessary to conduct a plant analysis to detect a potassium irregularity. Potassium deficiencies cause the oldest leaves to curl and become easily detachable. The plants become more sensitive to draughts and to the cold. The fruits are smaller, with a thin rind, very low acidity, and change color prematurely. An excess of this element reduces the quality of the fruits and makes them rot more easily.

Magnesium deficiencies cause yellowing in form of an inverted V at the leaf apex, especially in the old leaves. This reduces the yield and quality of the harvest. Excess magnesium results in drying of the pulp along the central core, an alteration of the fruit known as granulosis.

An iron deficiency is the most common of all mineral deficiencies in oranges. It is associated with alkaline soils, where even though iron is present, the calcium produced by the soil’s calcium carbonate content retains the iron, and thus the plant cannot assimilate the soil’s iron.

An iron deficiency produces yellowing of young leaves while the nerves remain green. Leaves are smaller than their customary size. This can be confused with a zinc or manganese deficiency. A severe iron deficiency can be extremely harmful to production; the few fruits that remain have hardly any juice and are small in size.

A zinc deficiency results in a whitish yellowing around the secondary nerves, starting with the young leaves. There is a decrease in the size of the leaves, which is even more accentuated than what is seen in an iron deficiency. A zinc deficiency also produces a loss of vigor in the plant.

When a copper deficiency is present, the fruits and branches exude a gummy substance. The fruit surface is stained, while the leaves take on a very dark green color and are larger than normal. There is excessive flowering that later leads to a massive falling of the fruit.

Diagnosis of alterations due to calcium content requires a soil and foliar analysis, although there are certain exceptions in the case of foliar analyses.

Lack of calcium causes marginal chlorosis along the edge of the leaf, progressing toward the leaf’s inner surface, as well as a loss of vigor in the plant, lowering postharvest quality. Deficiencies of this nutrient are quite uncommon. What is more frequent is an excess, seen in limy soils, which is solved by using resistant stock, such as Cleopatra mandarins. Excess calcium causes the fruits to appear with granulosis, just as occurs with magnesium.

Boron deficiencies are relatively uncommon, since enough boron is contributed through fertilizers, which contain the element in the form of impurities. Irrigation water also supplies boron.

In leaves the symptoms of a boron deficiency are not very specific: Translucent stains (in young leaves) and yellowing of nerves in old leaves. In fruits gummy blobs appear on the inner face of the albedo, which produces stains and bulging in the rind. These fruits tend to be small in size, with a diminished quantity of juice. A gummy substance also exudes through the wood, and many shoots dry up.

Molybdenum assimilates best in alkaline soils, on account of which its deficiency is also quite uncommon.

A molybdenum deficiency causes the leaves to curve upward and display circular stains between the nerves, arranged in an irregular pattern. At an advanced stage, this deficiency can be confused with the symptoms of harm produced by mites.

At AGQ Labs we have been working for more than 25 years in the continual monitoring of plant needs at any given time. In a practical and dynamic manner, throughout the growing season, we monitor the crop’s needs for water and nutrients, in order to adjust the irrigation and fertilizer regime to that demand.

Moreover, with such monitoring we achieve a sustainable agricultural practice, because there is no leaching that contaminates the aquifers or harm the soil structure. The result is:

To accomplish this, we have developed an internal Crop Nutritional Monitoring procedure, based on analyzing soil solutions extracted using our patented suction probes.

At all times, our guarantee is based on the know-how gained by AGQ Labs over the course of our history. Through our continual efforts, we have reached optimal reference values for the major crops. Our agronomists from around the world are experts in the interpretation of all this information, thus contributing the greatest value in matters of irrigation and nutrition.

Feel free to contact our Agronomy department for more information.