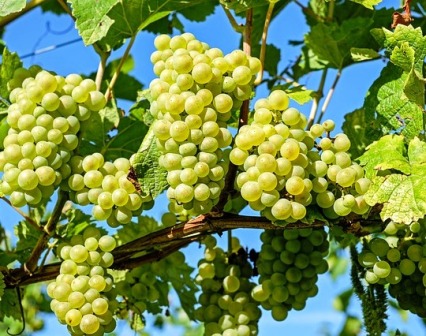 Deciduous species, in their first stages of development during the season, are supported by various reserve nutrients accumulated during the preceding cycle

All nutrients, including nitrogen, phosphorous, and potassium, are absorbed by plants in various ionic forms. By themselves, the ionic forms play no role within the plant. However, through a number of internal mechanisms, plants succeed in transforming these elements into usable organic forms, some of which are in reserve. Certain very important sources of those reserves are arginine, starch, and in other forms, phosphorous and potassium. The crops where analysis of reserves is most extensively applied are table grapes and grapes for wine production, and, increasingly, walnuts, cherries, and other deciduous species.

Arginine is one of the 20 essential amino acids synthesized in all plant species. It is considered to be the principal source of nitrogen reserves for plants in general, and especially for deciduous plants. Generally, the accumulation of this amino acids tarts in early autumn (when the leaves start to fall), and reaches its peak in the winter months. The principal metabolic sinks are the roots, since they are equipped with specialized structures for storing that amino acid. Normal reference values range between 2.5% and 3.0% (or 25 to 30 mg/g), although variations occur depending upon the zone, the species, and even the variety.

These levels are dependent upon the nutritional level of the orchard, the intensity of the winter cold, and the date when the sample is taken, which should be during the maximum winter repose in cold temperate climates (Chile, Spain, Italy, California, etc.) and subsequent to production pruning in subtropical or tropical climates (for instance, for table grapes in Peru or Ecuador).