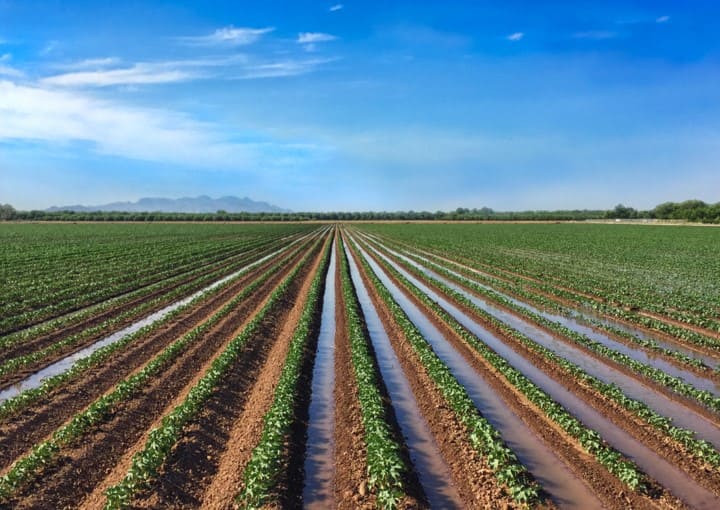 Salinity can be an overlooked chemical compound in irrigation water systems. If proper maintenance and monitoring is not instituted, it could lead to crop failure (decreased crop yield). Salinity is the amount of sodium (Na) in a body of water and salinization is the operational function of salts dissolving into soil. Healthy soil is composed of a homeostatic group of compounds, Nitrogen, Phosphorous, Sulfur, Calcium, Magnesium, and Sodium. Sodium is naturally found in all irrigation systems, but high concentrations can negatively influence soil and turf properties.

High salinity levels in an irrigation system affects the permeability of essential nutrients. Soils most important homeostatic compounds are Calcium and Magnesium because of their cationic makeup. When Sodium (Na) is introduced to the soils mixture its ionic composition displaces Ca and Mg. In effect, spoiling and drying the soil to a point in which the ground is no longer habitable for filtration and nutrient uptake. Unfortunately, physical ailments are not readily displayed by plants, although leaf burn, and dead tissue been shown in extreme cases. 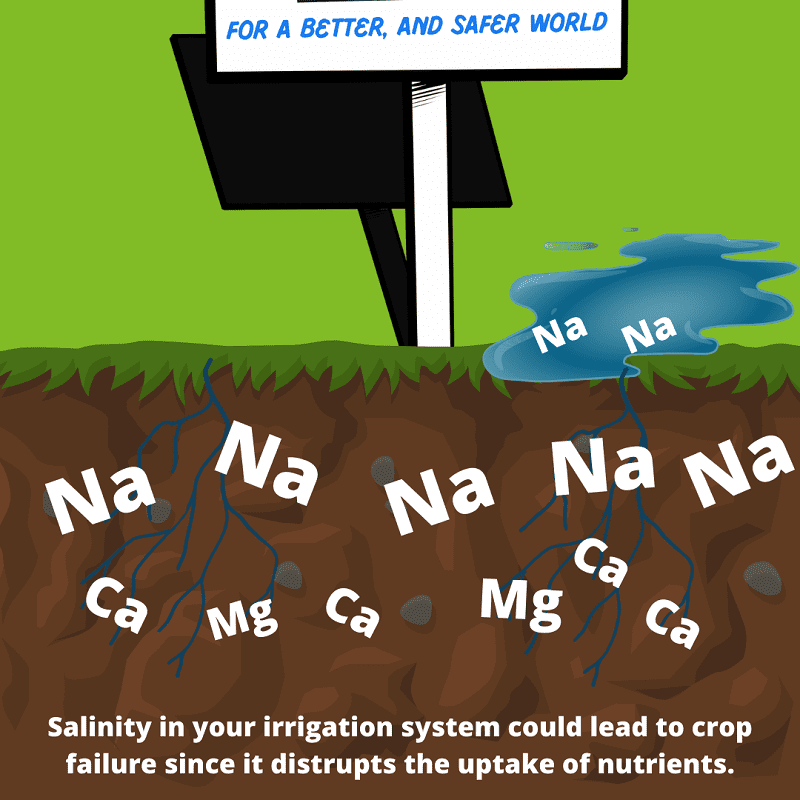 Measuring the overall salinity levels of your crop can be completed with an RSC analysis (Residual Sodium Carbonate). This analysis is a measurement of the sodium permeability hazard which analyzes both carbonates/bicarbonates in relation to counterpart compounds Mg and Ca concentrations. The way in which to analyze your RSC results is quite simple. A high RSC value (> 2.5 meq/L) translates into poor quality water and a low RSC value (<1.5 meq/L) translates into safe irrigation water.

A second method for measuring the salinity levels of your crop is with electrical conductivity (EC). The measurement is taken with the use of two electrodes that measures the electrical current in either the soil or water from the irrigation system. High levels of sodium increase the capability of an electrical current forming. Therefore, a high EC is correlated with high salinity and a low EC correlates with low salinity.

No irrigation system is constructed the same and neither is salt. Salts exists as different chemical structures (i.e., nitrate, potassium chloride, etc.) and they all differ on how much influential damage they can have on a plant. The damage is determined by the difficulty of absorption in the osmosis process. For example, a salt compound that is in its solid form will not be a hazard to crops. However, salt is a soluble compound and in imperfect conditions can seep into the permeable ground given the type of soil or evaporative environment. 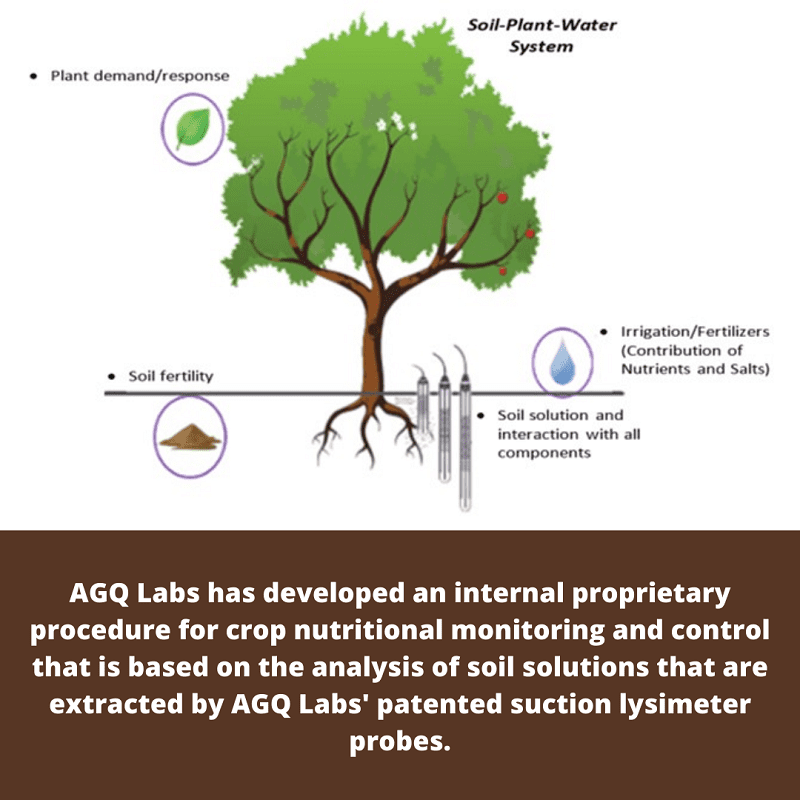 The solution to salinity in water and soils

The solution is constant monitoring and yearly evaluations on the irrigation system. We suggest a complete evaluation of the soil, water, and plant tissue of your crop. Only then can you accurately diagnose the damage and salinity of the system.

Constant monitoring does not come cheap or hassle free. However, AGQ Labs has overcome those challenges and created a patented nutritional monitoring service that is modeled with the client in mind.

To solve for high sodium levels in your crops you must overwater. Overwatered plants that have dissolved salts from fertilizer or irrigation water can be flushed away. This method is called leaching and it is common practice for crops that have not reached a toxic state.

A second solution is constructing or reevaluating your drainage system. Natural drainage is inexpensive but poor construction could lead to poor crop yield. A properly constructed drainage system could be exactly what your crop needs. Considering it will funnel sodium infested water away from the crop’s roots.

A third solution is to mix irrigation water with treated water that has low sodium content. The idea is that both solutions will cancel one another out leaving you with a more neutral crop.

A fourth solution is to inject your water with sulfur or sulfuric acid. The method is used to reduce alkalinity and pH of your fields.

A fifth solution (although more expensive) would be to technologically treat the irrigation water with desalination practices such as reverse osmosis, pre-treatment, membrane filtration, and overall design.

Do not hesitate to contact us to answer any questions about the salinity of your agricultural soils and how to avoid and control it.